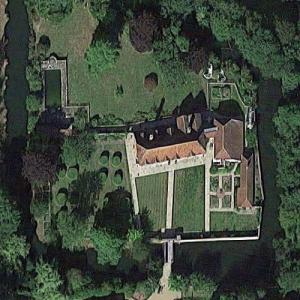 Horselunges Manor was Grant's home until the late 80's or early 90's. It was also used in scenes of concert film, "The Song Remains the Same".
Links: en.wikipedia.org
1,579 views