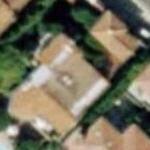 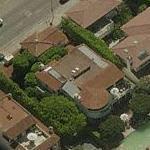 Lawford would also lay on starlets, models and hookers for the President, as well as lavish parties attended by his show business friends including members of the Rat pack and Marilyn Monroe. It was indeed at this house that John F. Kennedy had his secret affair and rendezvous' with Marilyn Monroe whenever he visited L.A. John Kennedy spent so much time here, it became known as the Western Branch of the White House.
Links: en.wikipedia.org
7,966 views