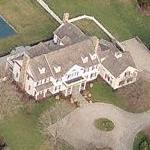 Schiff frequently appears as a guest on financial television and is often quoted in major financial publications. He is host of The Peter Schiff Show, a radio show broadcast on terrestrial and internet radio. He is a frequent guest on internet radio as well as the host of the former podcast Wall Street Unspun. In 2010, Schiff ran as a candidate in the Republican primary for the United States Senate seat from Connecticut. Schiff is known for his bearish views on the dollar and dollar denominated assets, while bullish on investment in tangible assets as well as foreign stocks and currencies. Peter Schiff is also the author of five books published by John Wiley & Sons. His book, Crash Proof 2.0, appeared on both the New York Times and Wall Street Journal bestseller lists.