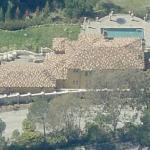 By borlefborlef @ 2013-09-13 09:48:30
@ 37.5600366, -122.36890107
Hillsborough, California (CA), US
Stamos is a Co-Managing Partner and the Chairman and Chief Executive Officer of Stamos Capital. Prior to founding Stamos Capital, Peter was the CEO of SAI (a Perot Systems company), a Management Consultant with Booz Allen & Hamilton and McKinsey & Company, and Chief of Staff and Chief Economist for U.S. Senator Bill Bradley. Prior to that, Peter taught Economics at Harvard University, where he received the Allyn Young Award for Teaching Excellence. He currently serves as the Chair of the Investment Advisory Board for Major League Baseball and served as founding Chairman of the Investment Committee for the Board of Stanford University Hospital and Clinics.

Peter received a BA in Economics and Political Science from Stanford University, where he was a Truman Scholar, received the J.E. Wallace Sterling Award, and graduated Phi Beta Kappa with Honors and Distinction. Peter received a JD from Harvard Law School with Honors and a doctorate from Oxford University, where he was a Rhodes Scholar.
Links: www.sterlingstamos.com
2,738 views