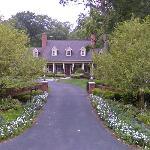 Part of a family famous for football, Peyton Manning’s net worth is $165 million with an estimated annual salary of $18 million. His father Archie Manning is a former NFL coach and his younger brother Eli Manning also plays for the NFL.

Peyton played for the University of Tennessee and was the first overall pick in the 1998 NFL draft. He played for the Indiana Colts from 1998 to 2010, missed the 2011 season due to neck surgery, and was released by the Colts. He was signed by the Denver Broncos for the 2012 season and is with them to-date.

He holds many records in the NFL, including the record for most NFL MVPs (five), Most Career Touchdown Passes, Most Completions in a Decade, Most Touchdown Passes in a Decade, Most Passing Yards in a Decade, and Most wins as a starting QB in a decade, regular seasons only and regular and postseason. Peyton was named MVP when The Indianapolis Colts won Super Bowl XLI. Peyton was also named Player of the Decade for the 2000s by both Sports Illustrated and Fox Sports.

Peyton is married to Ashley and they have two children – twins – a boy and a girl. He has written two books with his father Archie about football and family – “Manning: A Father, His Sons, and a Football Legacy” and a children’s book also co-authored by Eli called “Family Huddle.”

He hosted an episode of Saturday Night Live in 2007 and was featured in a skit in 2008. He has become a well-known presence on television commercials, endorsing everything from DirecTV and ESPN to Reebok and Gatorade. His annual endorsements are estimated to be worth $25 million. He also owns 21 Papa John’s restaurants in Colorado.