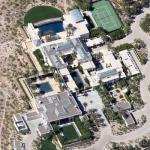 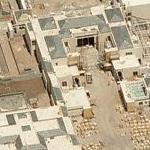 By jdubble07 @ 2009-02-16 04:51:02
@ 35.981499, -115.101694
Henderson, Nevada (NV), US
Pierre Omidyar is a French-born Iranian-American entrepreneur and philanthropist/economist, and the founder/chairman of the eBay auction site. Omidyar and his wife Pam are well-known philanthropists who founded Omidyar Network in 2004 in order to expand their efforts beyond non-profits to include for-profits and public policy. Omidyar Network is a philanthropic investment firm committed to creating and fostering opportunity for people around the world.

According to Forbes magazine, as of March 2008, he is the 120th richest person in the world.

milwhcky
@ 2010-05-26 12:45:35
You might want to check the map again, anonymous. This is nowhere near Boulder Hwy. This is along Eastern Avenue. And besides, how many malls have a tennis court? (See Google view)