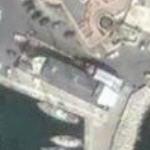 The Black Pearl, originally called the Black Opal, has a hull constructed from two layers of thick seasoned oak and three stout ninety-foot masts, which rise from her deck. At one hundred and fifty feet in length she was made to penetrate the Baltic ice floes in the cold winters and survive the strong Scandinavian winds. Made for trading missions the Black Pearl carried loads of nearly four hundred tonnes, usually grain, coal and wood, to remote areas of Norway and Sweden.

Fifty years after her first voyage, The Black Pearl was sailed to Ramsgate to be upgraded. Re-construction work was done on her masts and interior and she was given nine thousand square feet of new canvas.

On Christmas Eve, 1973 she set sail for Australia to start a new life as a luxury passenger vessel. Her voyage to the southern hemisphere took her to Lisbon, Martinique, the Virgin Islands and the Galapagos before her arrival in Melbourne.

However the Black Pearl was not destined to remain in the South Pacific for long, for after only a few holiday cruises, she developed weevel worm in her hull and was sent back to the United Kingdom for repairs. She never made it past the Mediterranean. After a fire broke out in the engine room as she traveled through the Suez Canal, she was limped into Marsamxett harbour in Malta, where she sank to the seabed seventy feet below.

In 1979, the schooner was refloated by local enthusiasts and restored to her former glory. She then played a prominent part in the film ‘Popeye’ which was made in Malta, directed by Robert Altman and starring Robin Williams.

The Black Pearl’s adventures didn’t end there. She sank once again in a storm in 1981 and was brought back to the surface for the final time to the Ta’ Xbiex seafront, where she was perched on the quayside overlooking the bastions of Valletta and the ruins of Manoel Island. For six years volunteers and boat-lovers helped restore the beautiful boat to her former magnificence. She was turned into a restaurant and bar in 1987.

Today the Black Pearl is still elegantly towering over surrounding boats in the marina. Now the home of Mare Nostrum, a high quality restaurant serving a variety of fresh dishes and excellent wines, the Black Pearl is a unique attraction on the Maltese islands.
Links: www.maltaconferences.com
7,104 views