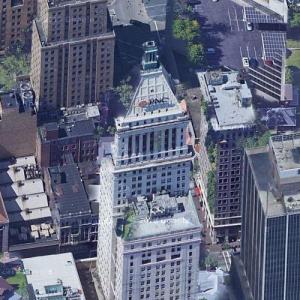 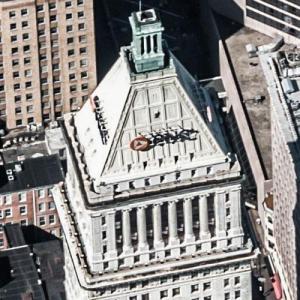 The 4th & Vine Tower was originally built as the headquarters for The Union Central Life Insurance Company, which moved out in 1964.

The building, along with nearby skyscraper the Carew Tower, was featured in the opening and closing of the daytime drama The Edge of Night until 1980. Cincinnati had stood in as the show's locale, Monticello; the company that produced Edge, soap and consumer products maker Procter and Gamble, is based in Cincinnati.

The pillared structure on top of the tower is a Greek temple, built for undisclosed reasons.
Links: en.wikipedia.org
795 views