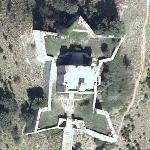 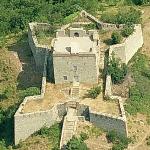 By Effi @ 2007-04-10 04:19:42
@ 44.448587, 8.938172
Genoa, Italy (IT)
The fort was built by Sardinian military engineers between 1815 and 1828. It is based on a previous design. The Puin fort is the smallest and best preserved of the forts which made up the nineteenth century defensive network of the city. It owes its name to a corruption of the Italian word for bread "pane". The fort was evidently used as a store for provisions. It is made up of a central square tower, surrounded by a rare star-shaped defensive wall. Five pentagonal bulwarks give it a very dramatic effect. At 500 metres above sea level, it has beautiful views looking over the City wall park. The fort has been used by the Comune both as a place to watch for fires as well as a meeting point and shelter for groups during excursions and guided tours.
629 views