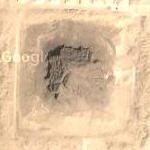 By kjfitz @ 2005-09-28 11:08:13
@ 29.236221, 30.970727
El Lahun, Egypt (EG)
This was the ancient town of Ro-hent, meaning 'mouth of the canal' which translated to coptic is Illahun. Notable for the Pyramid of Senwosret II, there are other sights to see in the area as well. Necropolises dating all the way from pre-Dynastic to the Roman era can be found in the hills around the town. A 12th Dynasty mastaba to the west of town under a hillock was the resting place of Chancellor Inpy, who designed Senwosret II's pyramid. Also nearby is the ancient town of Kahun, which was founded by Senwosret II for the people who worked on his pyramid.
Links: productforums.google.com
767 views