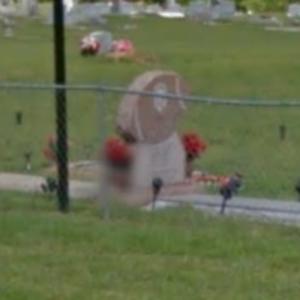 His grave is at the Griffith Cemetery west of Prentiss.
Links: en.wikipedia.org
1,075 views