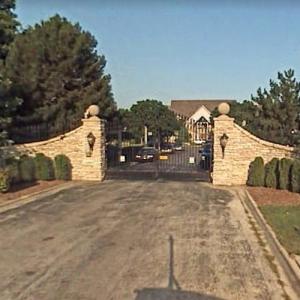 R Kelly has released 14 studio albums, five compilation albums and three collaboration albums. In addition to his three Grammys, Kelly has won dozens of awards including several AMAs, a BET award and a many Billboard awards.

Despite being the world’s superstar RnB singer his net worth is estimated to be as low as $100 Thousand. Some estimates show that in a world where R. Kelly never experienced any legal problems, his net worth would likely be around $150-200 million. Some allege that he reportedly paid tens of millions of dollars to settle dozens of dozens of lawsuits made by women who were abused by the singer. To further had to his financial woes, he reportedly lost a huge percentage of his net worth after divorcing Andrea Lee, after his most lucrative years. Things have been going downhill for the singer for a while. In 2012, it was revealed that Kelly owed $5 million in unpaid taxes. In 2013 he lost his Chicago home to foreclosure. In 2018, he was evicted from two Atlanta area homes after failing to pay some $30,000 in back rent. As of January 2019, he lives in a rented townhouse in Chicago's Trump Tower, but he’s been spending more time in prison. He was actually sued by his current landlord he hasn't paid in seven months. He owed the landlord $167,000 at the time of the filing. R Kelly himself admitted to owing the IRS $20 million at one time and was forced to borrow millions of dollars from his label to pay bills. More recently, on January 14, R. Kelly's record label RCA/Sony revealed that they were putting all of his future music releases on hold, almost entirely destroying Kelly’s only potential income.

After all this the singer was arrested on a series of new charges. And his financial situation was so dire that he couldn’t afford his relatively low $1 million bail. He was so desperate that it took days to find the money. Much if not all of the money came from a mysterious woman named Valencia Love whose precise relationship to R. Kelly is unclear. If he can dodge these charges, he’ll have a lot of debt to deal with. Considering that his ex-wife Andrea filed a suit seeking $160,000 worth of unpaid child support, its not likely we’ll see R Kelly at the top of any Forbes list.
33,843 views