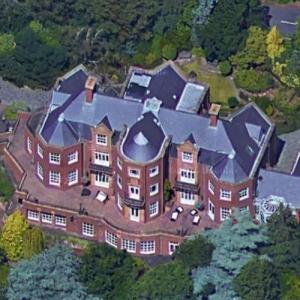 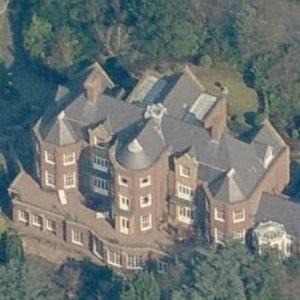 Rafael Benitez Maudes, known as Rafa Benitez was born in Madrid on April 16, 1960. Rafa worked his way up the Real Madrid reserve teams, playing first for Castilla U-15 and eventually, the Real Madrid U-18 team where his team won the Spanish Championship. While playing on the reserve teams, Rafa was studying at the INEF earning his degree in Physical Education. In 1979, while playing for Real Madrid’s third team, Rafa was invited to play in the “Universiada”, which is an Olympic style game played with students from around the world. Rafa and his team were playing in Mexico when he suffered a knee injury. After taking six months off to recover, Rafa moved around from team to team, but never fully recovered from his injury. Rafa’s football career and aspirations were over and he ended his career at age 26.

After ending his football career, Rafa worked as a PE teacher in various schools in Madrid and worked as a technical director in various gyms. Rafa started coaching the Real Madrid U-19 team and under his leadership, the team won two cup titles and a league title in the three seasons he was there. His success with this team helped him move his way through the Real Madrid coaching teams. In June, 2004, Rafa was offered a coaching contract with Liverpool. Under his leadership, Liverpool won the Campions League in 2005. He coached there for six years, leaving in June 2010 to coach Inter Milan. Although his time there was successful, he left six months later. After spending some time at home and doing philanthropic work, he went to work for the Chelsea team, followed by Napoli and most recently, back to his first team, Real Madrid.

Rafa only coached with Real Madrid for six months, when his contract was ended. In March, 2016, Rafa signed a three year contract to be the new coach of Newcastle. Rafa is currently married to his wife, Maria de Montserrat and they have two daughters, Claudia and Agata. They live in a $4 Million mansion in Wirral on a clifftop with panoramic views of the River Dee.

Rafael has an estimated net worth of $60 Million. It is rumored that his newly signed deal with Newcastle will include a $4 Million Pound salary.
Links: www.hitc.com, www.celebritynetworth.com, en.wikipedia.org, www.rafabenitez.com, www.bbc.com, www.wirralglobe.co.uk, www.thetimes.co.uk
74,345 views

BermudaBreeze
@ 2010-02-17 10:20:50
according to planning permission and building regulations data, the property is NOT divided into apartments i.e. it is one house.

spytrout
@ 2010-04-06 09:56:35
the seperate mail boxes at the front gate and numbered parking spaces on the driveway are slightly unusual for a solitary owner dont you think?