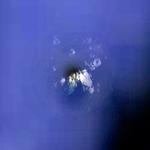 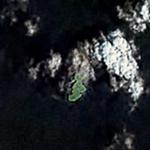 Christopher Columbus discovered Redonda in 1493 on his second journey, claimed it for the Spanish crown and named it Santa María la Redonda (redonda being Spanish for "round", reflecting the island's shape), but did not land on it.

In the 1860s, the island became a British possession. The island was claimed by Matthew Dowdy Shiell as the "Kingdom of Redonda" in 1865. Since then the Royal lineage of Redonda has largely had a literary theme, with the title being passed to writers and the like such as John Gawsworth. The current title of "king" of Redonda is disputed by at least nine people.

During the decades following the 1860s, the guano (phosphine oxide) deposits of the island were mined for fertiliser, with an annual yield of up to 7,000 tons. Only during this time was the island inhabited (population 120 in 1901).

During the First World War, the mining operations ceased and the workers left the island, which has been uninhabited since then. It became a dependency of Antigua and Barbuda in 1967.

In 2007, the Wellington Arms pub in Southampton, England attempted to declare themselves an embassy of the uninhabited island in order to gain diplomatic immunity from a nation-wide ban on smoking in enclosed workplaces, including pubs.