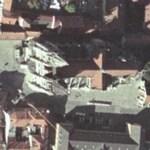 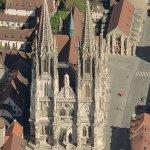 By DonMartini @ 2006-04-28 10:04:08
@ 49.019458, 12.098592
Regensburg, Germany (DE)
The Dom (Cathedral), though small, is a very interesting example of pure German Gothic and counts as the main work of Gothic architecture in Bavaria. It was founded in 1275, and completed in 1634, with the exception of the towers, which were finished in 1869. The interior contains numerous interesting monuments, including one of Peter Vischers' masterpieces. Adjoining the cloisters are two chapels of earlier date than the cathedral itself, one of which, known as the old cathedral, goes back perhaps to the 8th century.
788 views