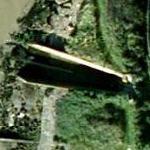 The Brennan torpedo is often claimed as the world's first guided missile, but guided torpedoes invented by John Ericsson, John Louis Lay, and Victor von Scheliha all predate it; however, Brennan's torpedo was much simpler in its concept and worked over an acceptable range at a satisfactory speed so it might be more accurate to call it "the world's first practical guided missile".
Links: en.wikipedia.org
635 views