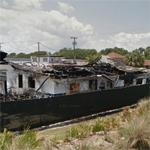 Yunick was an innovator in the early years of American motorsports, primarily with NASCAR stock cars and the Indianapolis 500. His legacy has been honored by several motorsports halls of fame. He passed away in 2001 at the age of 77.
Links: en.wikipedia.org, www.autoweek.com
5,258 views