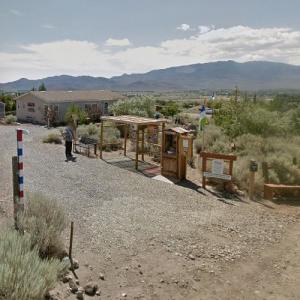 It consists of Baugh's house (known as Government House), backyard and front garden, about 1.3 acres (0.5 ha) of land, as well as another property surrounded on all sides by Nevada . It formerly claimed a property in Pennsylvania as well. According to author John Ryan, Molossia is "a hobby... that has been pushed... to the nth degree." Originally established as a childhood project in 1977, Molossia subsequently evolved into a territorial entity in the late 1990s.
Links: en.wikipedia.org
2,431 views