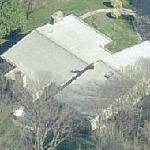 Now in his eighties, he built — and has been selling off — an empire that included a soda bottler, a major publishing company, and department stores. In 1989, Smith sold his independent soda-bottling company to PepsiCo for $1.88 billion, then the highest price ever paid for a bottler. He used some of the proceeds to buy Harcourt Brace Jovanovich for $1.5 billion. Then Harcourt sold in 2001 for nearly four times that. Finally, he and his family grossed more than $600 million in the $5.1 billion sale of Neiman Marcus.