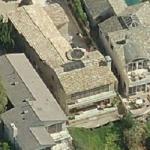 Prior to his involvement in K2, in 1990, Mr. Heckmann founded United States Filter Corporation (USFilter), a worldwide provider of water and wastewater treatment systems and services, serving as its Chairman, Chief Executive Officer and President. Through a series of acquisitions, USFilter grew from annualized revenues of approximately $17.0 million in 1990 to over $5.0 billion in 1999, when it was acquired by Vivendi S.A. of Paris, France in March 1999 for approximately $8.2 billion, including the assumption of approximately $1.8 billion of debt.

He attended University of Hawaii but did not graduate. He went to Vietnam in '65 and was assigned to the 33rd Air Rescue Squadron.

He is part owner of the Phoenix Suns.