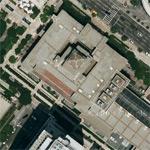 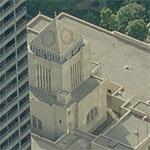 By neotrix @ 2008-09-15 04:52:51
@ 34.05049481, -118.25500988
Los Angeles, California (CA), US
The Richard Riordan Central Library, originally constructed in 1926, is a downtown Los Angeles landmark. It is the third largest public library in the United States in terms of book and periodical holdings. Originally simply the Central Library, the building was renamed in honor of the longtime president of the Board of Library Commissioners and President of the University of Southern California, Rufus B. von KleinSmid. The building was subsequently renamed in 2001 after Los Angeles Mayor Richard Riordan.

The building was listed in the National Register of Historic Places in 1970.
Links: en.wikipedia.org
761 views