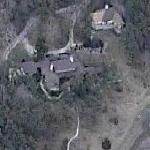 By borlefborlef @ 2010-12-23 23:58:04
@ 41.61134481, -70.39536799
Osterville, Massachusetts (MA), US
Between 1985 and 1996, Mr. Leghorn developed, owned and operated nine cable and television systems in five states including, Cape Cod Cablevision. Taking a leadership position in the industry, he served on the Board of the National Cable Television Association for 12 years, testifying variously before the House and Senate. He was the Principal Founder; organizing President and now Director Emeritus of Cable Television Laboratories, Inc. (CableLabs) the industry’s R&D consortium in Colorado. In 2008 Mr. Leghorn was named a recipient of a Special Vanguard Award of Outstanding Contribution for his role in the creation of Cable Television Laboratories. It celebrated it's 21st anniversary this year.

A graduate of MIT in Physics, Richard Leghorn established and funded in 1989 the Richard S. Leghorn Professorship of Management of Technological Innovation at the MIT Sloan School of Management. He also served on the Presidents Council of RAND Corporation for over 17 years. Mr. Leghorn has served the White House, Defense and State Departments in the areas of defense and disarmament. He has been a member of the Council of Foreign Relations and AmericanAcademy of Arts and Sciences since 1960.

Mr. Leghorn served in World War II for almost six years and became a highly decorated Air Force Colonel. During the Korean War in 1952 and 1953 served for duty first at the Wright Air Force Development Center and subsequently at th Pentagon. He commanded the 30th Photographic Reconnaissance Squadron during 1943-1945 and shot film over Normandy in preparation for the D-Day Invasion. He worked on and contributed to Arms Control activities; control of operations (prevention of surprise attack) control of the production and development of military weapons.

He has homes in Cambridge and Centreville Ma.
Links: richardleghorn.com
791 views