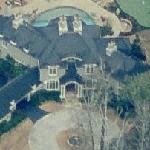 He has practiced over 30 years, starting in general civil litigation, and won his first twenty jury and bench trials. However, having a father and brother as physicians, he naturally gravitated to the personal injury field, and beginning in 1981, opened his new law office, specializing in personal injury cases, specifically including car wreck, truck wreck, motorcycle wreck, and premises liability cases. Since 1981, Bob has lost only one personal injury jury trial that occurred over 10 years ago.
Links: rickardnix.com
4,413 views