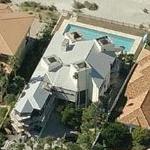 By Champion3 @ 2013-06-28 19:24:13
@ 27.92344718, -82.84395354
Belleair Beach, Florida (FL), US
Robert Duggan is a billionaire Chairman and CEO of Pharmacyclics who is considered one of the founders of robotic surgery. He owns 19% of Pharmacyclics, which makes a drug in clinical trials to treat chronic lymphocytic leukemia. Duggan served as chairman of Computer Motion, the world's first robotic surgery company, from 1989, and CEO from 1997, until it was acquired by Intuitive Surgical in 2003. He has also been a private venture investor for more than 30 years and is the founder of Robert W. Duggan & Associates, which invests in medical, biomedical, high technology, information services, billboard, media and communication companies. His reported net worth was $1.2 billion, making him the 377th wealthiest person in the United States in 2013. He owns another home in Palo Alto, CA.
Links: www.forbes.com
2,596 views