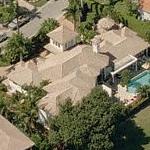 By Champion3 @ 2013-06-18 22:30:53
@ 26.64065677, -80.23093661
Wellington, Florida (FL), US
Robert C. Gay is a general authority of The Church of Jesus Christ of Latter-day Saints (LDS Church) since 2012. Prior to becoming a general authority, Gay was the managing director, co-founder, and the CEO of Huntsman Gay Global Capital, a private equity firm. Prior to this, he was the managing director for sixteen years at Bain Capital. Prior to Bain Capital, Gay was an executive vice president of General Electric Credit Corporation Capital Markets Group, a vice president in the Merchant Banking Group at Kidder Peabody, and an engagement manager at the international consulting firm McKinsey & Company.