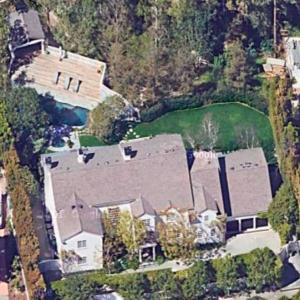 By borlefborlef @ 2020-04-13 14:30:33
@ 34.06995103, -118.47930386
Los Angeles, California (CA), US
In 1989, Mr. Younger graduated from San Diego State University with a Bachelor of Arts, Finance degree. In 1993, he graduated from Western State University. Mr. Younger completed a ten year tour of duty as civil trial lawyer for a top AV rated civil trial firm that served the community for well over twenty years. After the retirement of one of the partners, he subsequently founded The Younger Law Firm to continue the tradition of "representing the underdog", providing access to the legal system to those in need of counsel, and practicing zealous advocacy. Since 1998, Mr. Younger has recovered nearly $10,000,000.00 for his clients.

His clients have included judges, lawyers, the past President of the American Board of Trial Advocates and his family, doctors, and recent immigrants. He has presented trials in San Bernardino County, Riverside County, Rancho Cucamonga, Beverly Hills, and Los Angeles County, ranging from personal injury, to land disputes, as well as wage and employment cases. He has submitted numerous appellate briefs and writs, and has argued successfully before the California Court of Appeals. Mr. Younger is a member of the Orange County Bar Association. As a professor at the Irvine University College of Law, he has instructed classes on Evidence, the Uniform Commercial Code, Remedies, Trial Practice, Contracts and Torts. As part of his commitment to the community, he regularly supports a non-profit organization designed to help handicapped children and adults, namely, the Challenged Athletes Foundation. His personal commitment to that organization includes fund raising efforts. He has also completed two Hawaii Ironman races to benefit that organization. Currently, he volunteers at the Special Olympics of Orange County.
Links: www.ylflaw.com
240 views