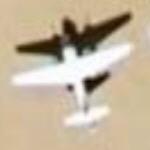 In military service, it was initially designated the L-26 though in 1962 this was changed to U-4 for the USAF and U-9 for the US Army.

One U-4B became a presidential transport aircraft for Dwight Eisenhower between 1956 and 1960. This was the smallest "Air Force One", and the first to wear the now-familiar blue-and-white livery.