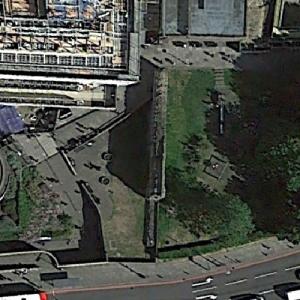 Today London is a huge modern city and capital of the UK. However, around and beneath London are the remains of its Roman past. Sections of the boundary wall to protect London remain, a Romano-Celtic temple was found and excavated at Gresham Street, beneath the Guildhall Art Gallery are the remains of an amphitheatre and occasionally Roman structures are incorporated into modern buildings so they can be viewed and studied later on, but most are not for public viewing.
Links: en.wikipedia.org
582 views