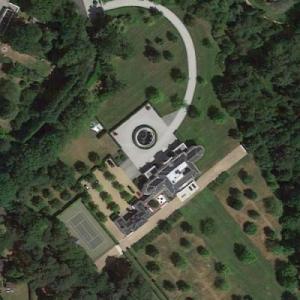 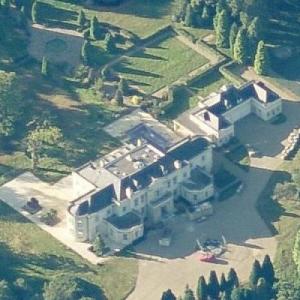 By BermudaBreeze @ 2011-06-23 23:32:15
@ 51.40488148, -0.58983654
Wentworth, United Kingdom (GB)
Ron Dennis lives in this property called 'Kingsbourne'. Dennis was also the team principal of McLaren, the group's Formula One team, until 2009. Dennis is an Official British Business Ambassador for The United Kingdom. Dennis is the Global Consultant for Minsheng Investment Corporation and also former owner of Absolute Taste. He is best known for his former role as owner, CEO, chairman and founder of McLaren Technology Group. Dennis was removed from his McLaren management roles in 2016 but remained a director of the company and a 25% shareholder until June 2017, when his 37-year association with the company ended.

Between 1981 and 2009, Dennis was the team principal of the McLaren Formula One team, and was instrumental in transforming the outfit into a regular world championship contender. Constructors' and drivers' world championships were won with Niki Lauda, Alain Prost, Ayrton Senna, Mika Häkkinen and Lewis Hamilton.

Aside from McLaren Group, he is also one of six British business persons to be an official British Business Ambassador for advanced engineering and manufacturing. Dennis is also a main trustee for Tommy's, a miscarriage help charity. He is the Global Consultant for the state owned China Minsheng Investment Group and also the chairman for the UK Summit. With interests in foreign trade, Dennis also became Chairman of the British East Asian Council in 2014. Before the merger with Louis Vuitton, Dennis was a major shareholder in the luxury watch maker TAG Heuer, along with his business partner, Mansour Ojjeh.

Ron Dennis has a net worth of $600 million. He has received many awards and honors including Commander of the Most Excellent Order of the British Empire for services to motorsport in 2000, British Racing Drivers' Club Gold Medal in 2001 and 2008, Royal Academy of Engineering Prince Philip Medal in 2008, and more.
Links: en.wikipedia.org
37,642 views