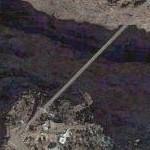 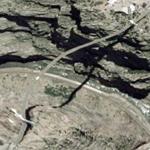 The bridge was constructed in six months, between June 5, 1929 and November 1929, as a one-lane toll bridge, at a cost of $350,000. It was listed in the National Register of Historic Places in 1983. Oddly, the bridge was not constructed for transportation purposes; instead, it was built with the intent that it serve as a tourist attraction, and has continued to be one of the most-visited tourist attractions in Colorado since its construction.

The Viaduc de Millau, completed in December 2004, is the tallest vehicular bridge in the world, at 1,118 feet (341 m). However, its deck is only 885 ft (270 m) above the River Tarn, so the Royal Gorge Bridge still holds the title of highest suspension bridge in the world.
Links: www.royalgorgebridge.com
1,928 views