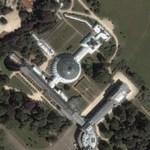 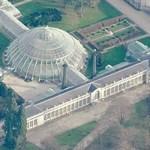 By DonMartini @ 2006-06-20 10:19:01
@ 50.888301, 4.36066
Brussels, Belgium (BE)
In the Brussels suburb of Laken/Laeken, just outside the city center, lies the royal domain with the "Chateau de Laeken", or the royal residence. Whereas the palace in Brussels is the official office of the king, the royal residence in Laken is the place where the royal family lives. It was built from 1772 onwards by Albert von Sachsen-Teschen, and his wife Marie-Christine, Governors of the Austrian Netherlands. Marie-Christine was a daughter of the Austrian Empress Maria-Theresia, and sister to the French Queen Marie-Antoinette and the Austrian emperor Joseph II. Albrecht von Sachsen-Teschen was an enthusiast collector of old master drawings and prints. He possessed one of the finest collections of Europe which today forms the nucleus of the "Albertina" in Vienna, one of the greatest collections of prints and drawings in the world. The imperial couple had a very refined taste. Planning their own chateau in Laken, they travelled al over Europe to visit the most exquisite and modern castles of their time. Finally they engaged the French classicistic architect Charles de Wailly to draw the plans. An absolute novelty for the European continent was the English landscape garden surrounding the castle that was designed by the famous English landscape gardener Lancelot 'Capability' Brown.
Links: en.wikipedia.org
1,797 views