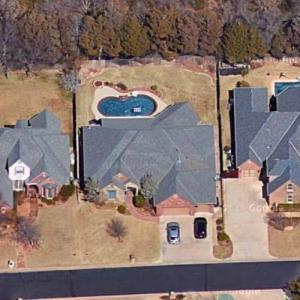 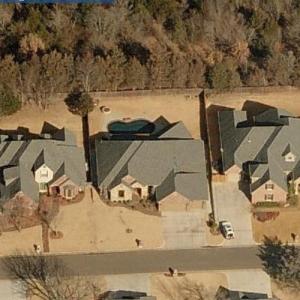 By Xeba73 @ 2012-11-05 05:23:01
@ 35.605262, -97.461836
Edmond, Oklahoma (OK), US
Russell Westbrook, the NBA point guard, purchased this house in 2008 for $383,500, according to county records. His new Oklahoma home, which he bought in 2012, is also featured on this site. As an American professional basketball player for the Houston Rockets of the National Basketball Association he is an eight-time NBA All-Star and earned the NBA Most Valuable Player Award in the 2016–17 season. He is also an eight-time All-NBA Team member, led the league in scoring in 2014–15 and 2016–17, and won back-to-back NBA All-Star Game Most Valuable Player awards in 2015 and 2016. In 2017, the year he won the league MVP award, Westbrook became one of two players in NBA history to average a triple-double for a season. He also set a record for the most triple-doubles in a season, with 42. He is currently second all-time in career triple-doubles in NBA history.

He played for the UCLA Bruins for two years, and was then drafted by the Seattle Supersonics in 2008. During this first season he was named Rookie of the Month twice and was invited to the NBA Rookie All-First team. He would do well for the Supersonics, now known the Oklahoma City Thunder. He also participated in the 2010 FIBA World Championships, where his team would win the USA's first Gold Medal at the FIBA's since 1994.

Russell Westbrook has earned an impressive net worth of $150 Million. In 2016 he signed a five-year, $80 million contract with the Oklahoma City Thunder, a huge sum and one of the largest paid players of the time. This deal came with a player option that allowed Russell to become a free agent after one season. However on September 29, 2017, it was announced that Westbrook signed the largest contract in NBA history, a five-year $206 million extension which coupled with his current deal brings the total value to $231 million.
Links: virtualglobetrotting.com, en.wikipedia.org
49,271 views