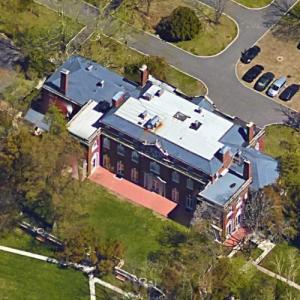 According to a 1992 report by the Associated Press, the estate was developed into 12 apartments in the main house with 12 cottages surrounding the home, each with 4 apartments. The property reportedly housed over 40 families.

In December 2016, President Obama expelled the Russians from the property for the country's for its alleged meddling in the 2016 presidential election, giving the residents 72 hours to leave the country.
Links: longisland.news12.com, virtualglobetrotting.com
1,321 views

mlc1us
@ 2016-12-30 13:06:26
According to longisland.news12.com this is the compound being closed, and Killenworth House (link above) is not being closed as reported in the New York Times.