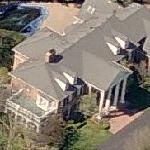 Masco is a home building products company and has app. $11 billion in revenue in 2010.