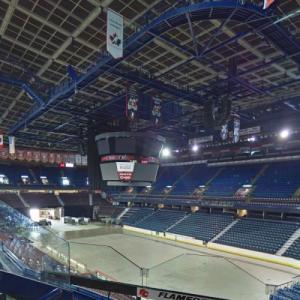 The facility also hosts concerts, conferences and other sporting championships, and events for the Calgary Exhibition and Stampede. It underwent a major renovation in 1994–95, during which its original name of Olympic Saddledome was changed to Canadian Airlines Saddledome. The facility was given the name Pengrowth Saddledome in 2000, after Pengrowth Management Ltd. signed a ten-year agreement. It adopted its current name in October 2010 as Scotiabank signed on as title sponsor.
Links: en.wikipedia.org
1,381 views