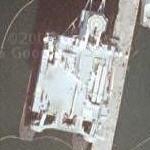 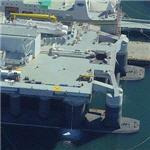 A converted oil drilling platform, home ported at Long Beach Harbor, at the tip of a long finger of artificial land that was once part of the Naval Shipyard, is the only dedicated civilian satellite launch site on the West Coast. Satellites are delivered to this facility, and loaded on to a special ship which, along with the launch platform, travels thousands of miles south, to an equatorial launch site in the Pacific Ocean. This unusual but operational system is a joint project of Russian, Ukranian, and Norwegian companies, and is primarily owned and operated by Boeing. Since the first test launch in 1999, several communication satellites have been sent into orbit from this platform.
Links: www.sea-launch.com
2,741 views

The 14-year-old company said in a statement this week that it intends to maintain all normal business operations. It says that, subject to court approval, it will initially use its cash balance to meet operational requirements during the reorganization process.