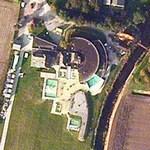 By DonMartini @ 2006-09-14 14:19:40
@ 53.398454, 6.454993
Wierhuizen, Netherlands (NL)
As long ago as 1971, Lenie 't Hart started looking after sick and weak seals in the SRRC in Pieterburen. The SRRC has now grown into a real seal hospital, complete with quarantine facilities, laboratories, X-ray department, etc. Besides medical treatment of seals, public information on the problems of the seal and its environment is provided by means of guided tours, a permanent exhibition and a film. During the holiday season the SRRC can be reached by special public transport, a bus named "Crèche Express", from Groningen to Pieterburen and vice versa.
Links: www.zeehondencreche.nl
578 views