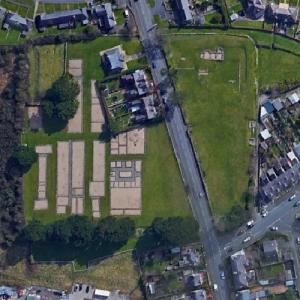 Much of the fortress remains today. The A4085 cuts right through the centre of the fortress. Sections of the walls that surrounded the fortress remain together with foundations of civilian buildings. A Roman temple of Mithras (Caernarfon Mithraeum) and a cemetery have also been discovered at the site.
Links: en.wikipedia.org
218 views