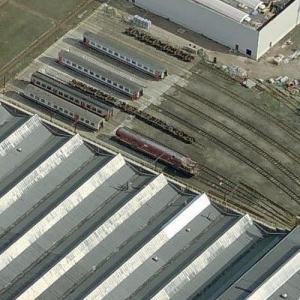 The city entered the industrial age in the 19th century. In 1835, the first railway on the European continent linked Brussels with Mechelen, which became the hub of the Belgian railway network. This led to a development of metalworking industries, among others the central railway workshops which are still located in the town today.
6,771 views