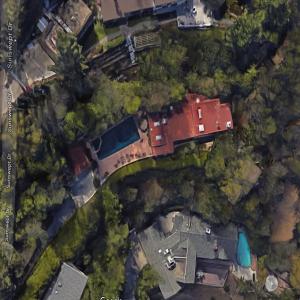 The Studio City Spanish-style home was bought by Dawson, who has a net work of $12 million, around 2016 for $1.71 million.
Dawson has more than 33 million subscribers across his three YouTube channels: Shane, ShaneDawsonTV, and ShaneGlossin.

The home that Dawson once owned was built in the 1950s and features a long, gated drive, as well as a swimming pool, spa, and more than 2,200 square feet of space.

The house is two-stories and has a dining room with a skylight, three bedrooms, and 3.25 bathrooms, as well as a master suite that includes a fireplace.

Dawson has two older brothers and grew up in Long Beach, CA. He started making videos with his friends in high school, which he used as school projects.

His first YouTube channel, ShaneDawsonTV, was launched in 2008. Dawson has caused some controversy with characters that often include cultural stereotypes, for which he has apologized. He has produced several pilots and his conspiracy and docu-series videos have given him success, especially those featuring Jeffree Star, a make-up tycoon with whom Dawson launched a line of cosmetics in 2019. Their “Conspiracy” collection includes liquid lipsticks in six colors as well as an eye-shadow palette.

He now lives in Calabasas, CA and is engaged to Ryland Adams, an internet personality, writer, actor, and producer. Dawson came out in July 2015 as bisexual and has also been romantically involved with Lisa Schwartz, another YouTube personality and actress.
Links: en.wikipedia.org, www.famouscelebrityhomes.com, www.latimes.com
94,400 views