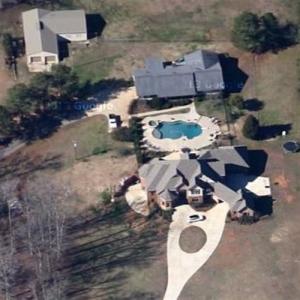 Shaquille O’Neal’s net worth is $400 million dollars and he earns about $60 million per year from endorsements and various business endeavors.

O’Neal was born in Newark, NJ and gained attention playing basketball at San Antonio’s Robert G. Cole High School, where as a senior, he led his team to a state championship. He then attended Louisiana State University, where he was a two-time All American. In 1992, he was the first overall pick in the NBA draft when he was selected by the Orlando Magic. He was named Rookie of the Year. In 1996, O’Neal was on the gold-medal winning US Olympic basketball team and announced that he would be joining the Los Angeles Lakers on a $121 million dollar deal that teamed him up with Kobe Bryant. O’Neal and Bryant won three NBA championships together before O’Neal left the team to join the Miami Heat. He won his fourth NBA title as a member of the Heat.

In the 1990s, O’Neal starred in films such as “Blue Chips” and “Kazaam”, released a platinum rap album, and was even featured in several video games. It is estimated that he has earned over $200 million in endorsements alone. He is on the board of directors of Papa Johns and owns a stake in several Papa Johns franchises.

O’Neal is separated from his wife Shaunie Nelson, with whom he shares four of his five children. He has been dating model Laticia Rolle since 2014.
Links: en.wikipedia.org, www.celebritynetworth.com, www.thepostgame.com, www.bizjournals.com
79,819 views