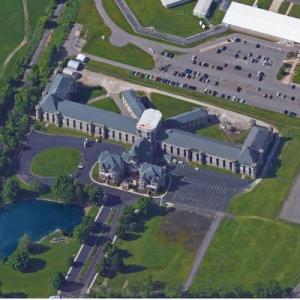 The facility was built between 1886 and 1910. The original architect for the design was Levi T Scofield from Cleveland, although the creation and construction of the entire building was entrusted to F F Schnitzer, whose name also appears on the cornerstone, and is recorded as Superintendent in documents found in the cornerstone. Schnitzer was presented with a silver double inkwell by the governor of the state in a lavish ceremony to thank him for his services. Although the architecture is often described as Germanic castle architecture, it is actually mostly Romanesque Revival. The Reformatory remained in full operation until 1972 once the Southern Ohio Correctional Facility was opened. The facility was completely closed down in 1990.
Links: en.wikipedia.org, en.wikipedia.org, moviemaps.org
16,746 views