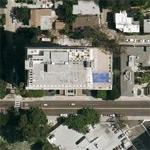 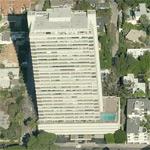 By neotrix @ 2007-08-11 07:10:41
@ 34.091382, -118.394225
Beverly Hills, California (CA), US
Sierra Towers is a historical, residential high-rise condominium building in West Hollywood, California located at 9255 Doheny Road. The building is adjacent to Beverly Hills, and was built in 1965. Sierra Towers as initially an apartment building and was later converted into a luxury condominium complex in the late 1970s which became popular with retirees at first but has now become the "it" building for celebrities.
Links: realestalker.blogspot.com, realestalker.blogspot.com, www.bergproperties.com
2,290 views