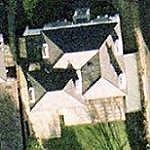 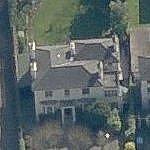 By BermudaBreeze @ 2008-10-10 13:17:23
@ 51.464579, -0.23968
London, United Kingdom (GB)
English musician Simon Le Bon’s house and his wife, English model Yasmin Le Bon’s house is a 10-room Victorian home in the Putney neighborhood of London. Named Elmwood, the home features a large garden overlooking a second garden and small cottage, where Simon’s mother lives. The cottage was built in 1988. In 2014, six bedrooms were converted into three suites to accommodate the Le Bons three adult daughters who continued to live with them. Prior to moving to the Putney home, the couple lived in Chelsea.

Simon Le Bon’s net worth is $65 million. He is best known as the lead singer and lyricist of the band Duran Duran. The band’s self-titled first album, which featured the hit “Girls on Film”, was released in 1981, and they remained highly prolific in the studio and on stage throughout the early 80s. Their second album, Rio, featured four top-20 UK singles including “Hungry Like the Wolf” and “Rio”. Princess Diana called Duran Duran her favorite band. Though key members left the band in 1986, Le Bon has continued to perform and record with Duran Duran since, with several reunions tour and records over the years.