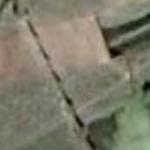 The old aqueduct, built of brick and stone, is located at the end of the Skopje-Kacanik highway and is a monument from the 6th century AD. It supplied the city of Skupi with water from Mount Skopska Crna Gora. Some archaeologists assume that it had 200 arches, 50 of which still remain.

The ancient aqueduct is located on the periphery of Skopje. It was built out of stone and bricks, with massive columns over which there are exactly 55 arcs.

There are different presumptions about the time of its construction. Some people claim that it is a Roman building and others that it comes from the Byzantine period. It is most likely that the aqueduct dates from the Turkish period, more precisely from the 16th century AD. The water was provided for the system from the mountain Skopska Crna Gora.
Links: www.macedonia.co.uk
2,786 views