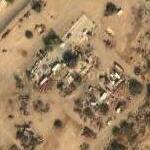 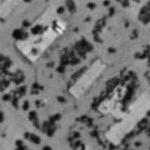 By kjfitz @ 2005-07-29 13:47:21
@ 33.258678, -115.461974
Niland, California (CA), US
Slab City is an assemblage of mostly "recreational vehicles"; a community that formed on its own, without any apparent organizational force. Located at the site of a former military base, on the edge of the Chocolate Mountains, an active bombing range in the Imperial Valley, Slab City gets its name from the prevalence of concrete aprons--or slabs--at the site. A network of roadways and slabs accommodate a community of up to a few thousand occupants in the cooler winter months. The populace is comprised of all sorts, from "road warriors" living in buses that haven't moved in 20 years, to "snow-birders"-- retired folks who migrate to warmer climes in their RV's in the winter.
Links: clui.org, en.wikipedia.org
2,904 views