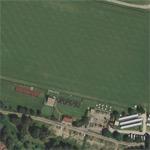 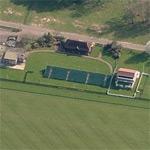 The Duke of Edinburgh has been President of the club since its formation in 1955. The name derives from the Guards Division of the British Army. Guards officers are exempt from the playing members' entrance fee, which is £15,000 as of 2007.

The club has ten polo pitches on 130 acres (53 hectares) at Smiths Lawn, and stables, paddocks and training facilities four miles away at Flemish Farm. It claims on its website to have the largest membership of any polo club in Europe.
Links: www.guardspoloclub.com
1,854 views