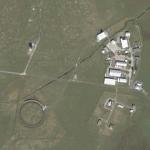 By Hinkkanen @ 2006-04-28 15:33:25
@ 57.358456, -7.387061
United Kingdom (GB)
The Corporal missile was tested from 1959 to 1963, before giving way to Sergeant and Lance tactical nuclear missiles. The 'rocket range' as it is known locally has also been used to test high altitude research rockets, Skua (rocket) and Petrel (rocket), which despite their purportedly scientific remit, were operated by the Atomic Weapons Research Establishment in Aldermaston. The range is still owned by the MoD operated by QinetiQ as testing facility for missile systems such as the surface-to-air Rapier missile and Unmanned Air Vehicles.
[www.secret-bases.co.uk]
Links: homepage.ntlworld.com
763 views