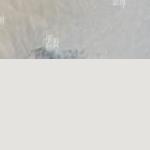 From wikipedia:
It is located at 85°50′ S 65°47′ E on the surface of the Antarctic continent which is most distant from the Southern Ocean. It was reached in 1957 by a Soviet Antarctic Expedition. They established the 'Sovetskaya' station which was occupied during the 1957-1958 southern summer.
Links: en.wikipedia.org
931 views