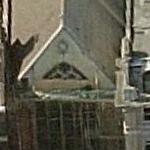 St Etheldreda's is active to this day and often used for Masses, baptisms, weddings, and funerals. Six elected commissioners manage the church and area.

Because Etheldreda was often invoked for help with infections of the throat, the Blessing of the Throats is held annually at the chapel.